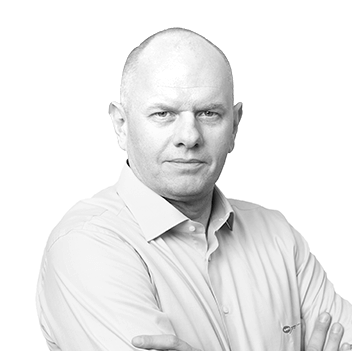 Vice President of the Supervisory Board

A graduate of the Maritime University in Gdynia with a master’s degree in organisation and management at the administrative department completed in 1994 as well as with an Executive MBA at the Gdańsk Foundation for Management Development – Rotterdam School of Management, Erasmus University. He has wide professional experience in sales departments of international companies in the FCMG industry, including Duracell, Gillette and Brown-Forman. Since 2002, he became entirely involved in the fuel industry, starting work at Statoil Polska, where he completed a full career path from the Regional Manager to the COO within 11 years. In the years 2013-2016, he managed the retail trade department (with a network of 480 own and franchise stations) at Lotos Paliwa.

Since July 2017, he has been holding the position of the President of the Management Board of the Amic Polska, a daughter company of the Austrian investment fund Amic Energy Management, which purchased a chain of Lukoil petrol stations in Poland, Lithuania, Latvia and Ukraine in 2016.