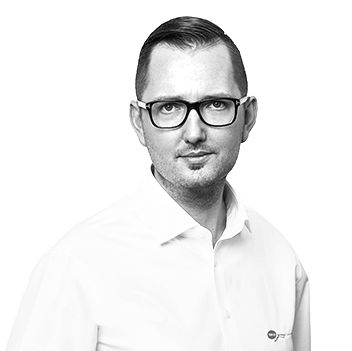 A graduate of the Faculty of Management at the Maritime University as well as Canadian International Management Institute.

In the years 2001-2003, he worked for Onet.pl, in 2003-2007 he was an Advertising Products Sales Manager, and one year later he became a Commercial Director at Interia.pl. Between 2008 and 2010, he was a Commercial Department Manager at Nasza-Klasa Sp. z o.o. From 2011 to 2012, he held the position of a Board Business Development Proxy as well as a Client Service Director at Hypermedia ISOBAR Sp. z o.o. After that, he was a president of the Polish branch Httpool for two years, and in 2015 he established Media&Leads, a company specialising in marketing technologies as well as video and display advertising in a programmatic model. At the same time, he was a member of the Supervisory Board of IAB Polska on behalf of Interia.pl S.A. and Nasza Klasa Sp. z o.o. between 2007 and 2010.